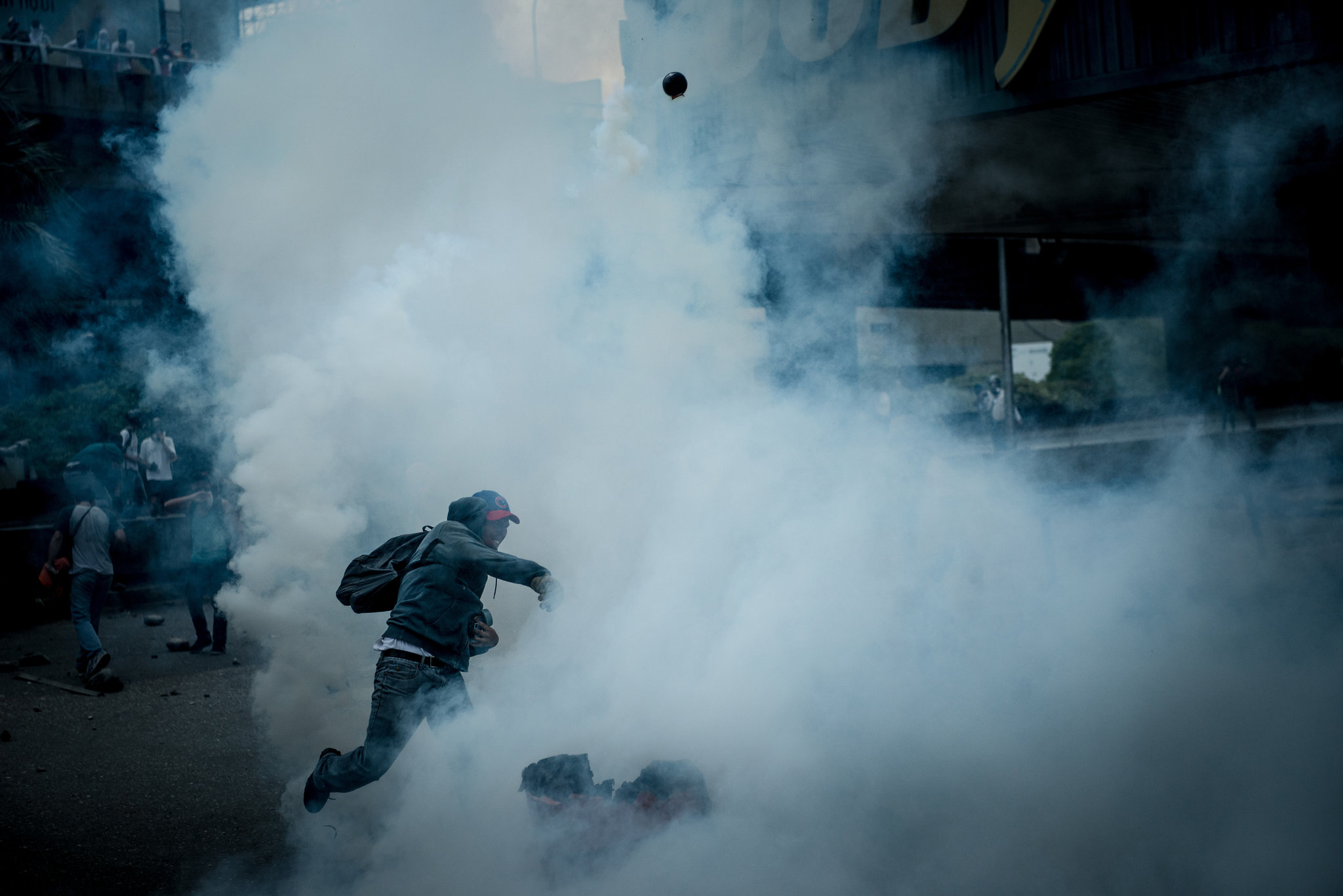 CARACAS, Venezuela — The bikers thundered up in a phalanx of red jackets and dark clothes, some with faces covered, revving motorcycles before a thousand protesters in Caracas. They threw tear gas canisters to disperse the crowd. Then, witnesses say, they pulled pistols and fired.

Someone fell. Carlos Moreno, 17, lay sprawled on the ground, a pool of blood around his head.

“His brain matter was coming out,” recalled Carlos Julio Rojas, a community leader who witnessed the fatal shooting in Venezuela’s capital on Wednesday.

The uniformed men who shot Mr. Moreno were not government security forces, witnesses say. Rather, they were members of armed bands who have become key enforcers for President Nicolás Maduro as he attempts to crush a growing protest movement against his rule.

The groups, called collectives or colectivos in Spanish, originated as pro-government community organizations that have long been a part of the landscape of leftist Venezuelan politics. Civilians with police training, colectivo members are armed by the government, say experts who have studied them.

Colectivos control vast territory across Venezuela, financed in some cases by extortion, black-market food and parts of the drug trade as the government turns a blind eye in exchange for loyalty.

Now they appear to be playing a key role in repressing dissent.

Hundreds of thousands of protesters have taken to the streets of Caracas and other cities demanding elections in Venezuela. Galvanized by a ruinous economy that has left basic foods and medicines scarce — as well as a botched attempt by leftists to dissolve the country’s congress last month — they present the largest threat to the country’s rulers since a coup that briefly ousted Mr. Maduro’s predecessor, Hugo Chávez, in 2002.

Mr. Maduro has responded by sending National Guardsmen armed with water cannons and rubber bullets to disperse the crowds. But alongside the security forces, experts and witnesses say, are the enforcers from the colectivos, who engage in fiercer and often deadly intimidation.

“These are the true paramilitary groups of Venezuela,” said Roberto Briceño-León, director of the Venezuelan Violence Observatory, a nonprofit group that tracks crime.

The presence of the colectivos hardly ends with demonstrations on the streets.

As rising foreign debt and falling world oil prices have depleted the Venezuelan government’s coffers, it has increasingly turned to colectivos as enforcers. From labor disputes with unions to student demonstrations on university campuses, colectivos are appearing almost anywhere the government sees citizens getting out of line, Venezuelans say.