Chaos, Chavismo and a Telenovela-Ibsen Martínez

CARACAS, Venezuela — As a writer in Caracas in these chaotic times, I 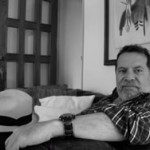 live in two different worlds. By day I write scripts for a telenovela, or soap opera, a Mexican-Venezuelan co-production for Telemundo. By night I write political commentary, mostly for Tal Cual, one of the few opposition newspapers left in Venezuela.

It took me 30 years to realize that telenovelas are merely a dramatized metaphor for Latin American populism. These shows deal not as much with unrequited love as with social redemption myths as undying as those of Evita Peron’s.

The most frequent theme prescribes redistribution of wealth among the poor with little consideration of how that wealth is created, which in some ways explains much of the recent history of Venezuela and its peculiar brand of socialism known as Chavismo. Many demagogic Latin American populists have advanced these Robin Hood-inspired “solutions” to poverty and inequity since the 1930s.

I wanted to write a different story, a story of a young woman, an entrepreneur, who rises from poverty to prosperity by way of innovation, cunning, a pinch of seed money and lots of hard work. The fact that Latin America is home to 17 percent of the world’s start-ups made the idea palatable to the producers.

Early last January, our production intersected with a real tragedy. Mónica Spear, a 29-year-old actress and model who was the lead candidate for the title role of Nora, and her British husband were gunned down on a desolate stretch of coastal highway. It was the kind of gruesome killing that usually goes unreported in one of the most murderous countries on earth, but this time the news media could not ignore a victim who was a former Miss Venezuela, shot in front of her 5-year-old daughter, who was hit in the leg but survived.

On the set of “Nora,” Mexico, Colombia and Venezuela, all countries plagued by endemic violence, are represented in the cast and crew. During a recent lunch break, I overheard a witty Mexican actress paraphrasing Leo Tolstoy’s opening sentence from Anna Karenina: “All peaceful countries are alike, but each violent Latin American country is violent in its own way.” In Venezuela, the violence is driven by gangs that were, originally, organized around petty drug businesses in the slums. One of these bands murdered Mónica Spear.

Many of these gangs have been co-opted by the Chavista government and given an innocuous name: colectivos, a misleading word with progressive overtones of communal solidarity. In fact, colectivos are now feared paramilitary forces that harass street protesters on motorcycles and are responsible for many of the 39 casualties during recent demonstrations.

This violence seems far away from the sleek air-conditioned studios where our telenovela is produced, but the scarcity of essential goods, inexplicable in a wealthy petrostate, affects us all. Every so often, filming is interrupted when a cast or crew member receives a text message alert that some staple is available at a nearby supermarket. The studio empties before the rationed stock of cooking oil, toilet paper, milk or corn flour runs out.

Many Venezuelan telenovela actors also moonlight as theater players, but rampant kidnappings and armed robberies have cast a melancholy, self-imposed curfew over Caracas’s once-glitzy nightlife, limiting what actors can do off the set.

Just as the major playhouses began shutting their doors, some actors decided to read out parts in public squares. The lines came from “Jazmines en el Lídice,” an award-winning play by Karin Valecillos, one of the writers of “Nora.” She based her play on the testimonies of 54 Venezuelan mothers who lost children to criminal violence.

I write a weekly op-ed column for Tal Cual, the courageous tabloid that Teodoro Petkoff founded in 2000, at the outset of the Chávez era. Mr. Petkoff, 82, is a former Venezuelan guerrilla comandante who repeatedly staged spectacular prison escapes in the 1960s and eventually quit the Communist Party to write spirited denunciations of the Soviet occupation of Czechoslovakia and Stalinism.

Mr. Petkoff, who is of Bulgarian descent, became an icon for Latin American Marxist revisionists when he and a small group of former young Communists founded a new party in 1971. His political activism came to an end almost 30 years later, when he resigned to protest his party’s decision to designate Hugo Chávez as its candidate in the 1998 presidential election. He then launched a new career — at age 68 — as the founding editor of Tal Cual.

Despite its small circulation, Tal Cual rapidly became the most influential opinion newspaper in Venezuela. It prints Mr. Petkoff’s personal brand of left-of-center social-democrat writings, as well as more conservative voices of the democratic opposition.

Mr. Petkoff has tirelessly battled the Chávez regime and its successor. In the latest skirmish, he faces up to four years in prison and multimillion-dollar fines if found guilty in a defamation lawsuit by Diosdado Cabello, the second most powerful man in Venezuela.

Mr. Petkoff admitted in an editorial that Tal Cual repeated a mistake made by an online news site, but Mr. Cabello is unsatisfied and has pressed his case.

It is inspiring to watch the old man confront Mr. Cabello. He is already planning to put his content on the web should the government carry out its threats to silence Tal Cual by cutting off its paper supply. “We’ll go online,” he told staff writers. “We will never shut up!”

In a recent radio interview, he said, “I did not break up with last century’s Communism to end up condoning any other form of tyranny in this one.”

As I write this I can hear the nightly routine of buckshot and tear-gas canisters being fired by anti-riot forces in the nearby Chacao neighborhood. It all happens in the dark, as the National Guard invariably blacks out the stronghold of young, angry protesters before armored tanks roll in.

I wonder how Nora would fare as an entrepreneur in real-life Venezuela, a country that ranks 175th in the International Economic Freedom Index, above only North Korea, Cuba and Zimbabwe. My best guess is that she would take to the streets and join the protesters.

Ibsen Martínez is a Venezuelan playwright and novelist. His latest novel is “Simpatía por King Kong.”