Coffee grower Oscar Gamboa increasingly relies on a new source of labor for his harvest in the steep hills of northern Colombia: bedraggled and hungry refugees escaping Venezuela’s economic collapse.

Many Colombians in the area don’t want to do the backbreaking work, or have moved to big cities. So while Venezuelan migrants are often unfairly maligned as vagrants and thieves here and in other South American countries, they are making significant economic contributions across the region, according to the International Monetary Fund, policy groups, Colombia’s central bank and coffee producers like Mr. Gamboa.

“We coffee growers are thanking god for the migrants,” said Mr. Gamboa, noting that about one-third of his 85 coffee pickers come from neighboring Venezuela.

Fleeing food shortages and unemployment back home, nearly 2 million of the 5.4 million Venezuelan who have fled their country since 2015 have settled in Colombia. Hundreds of thousands have taken jobs many Colombians avoid—from harvesting coffee to picking potatoes in the frigid Andes. The newcomers have also founded myriad small businesses.

To help them secure taxpaying employment as well as healthcare and schooling, the Colombian government this month unveiled a program to legalize nearly all of the country’s approximate 1 million undocumented Venezuelans, a move that won praise from the Biden administration, Pope Francis and the United Nations.

This open-door policy surprised many in Colombia, a country that, historically, has resisted migration. But President Ivan Duque  explained the legalization program will help his government vaccinate migrants for the coronavirus, identify and deport those who commit crimes, and take advantage of the best and brightest by allowing them to pursue their careers in Colombia.

Mr. Duque also claims to be making the best of a worsening crisis. By the end of 2023, the IMF predicts that up to 10 million Venezuelans—one-third of the country’s precrisis population—will have fled, surpassing refugee outflows from Afghanistan in the 1980s and Syria in the 2010s.

“This marks a milestone in immigration policy for Colombia and for Latin America,” Mr. Duque said in a speech. “We hope that other countries follow our example.”

But some South Americans blame Venezuelans for taking their jobs, tensions that are inflamed by economic misery brought on by the Covid-19 pandemic.

In recent years, mobs have attacked a Venezuelan migrant community in Ecuador and burned down a squatter camp just inside Brazil’s border with Venezuela. Other countries have taken a tough stance against the influx: In January, Peru, the most popular destination for Venezuelans after Colombia, sent tanks to its border to halt of the flow of migrants while the Chilean military this month began deporting undocumented Venezuelans whom local officials accused of provoking food shortages and spreading the coronavirus.

“We had to send an overwhelming message,” said Chile’s interior minister, Rodrigo Delgado. “They had to be expelled.”

Luis Fernando Mejía, director of Fedesarrollo, a Bogotá-based economic research institute, acknowledged that immigration, especially amid a pandemic, is deeply unpopular. But he said countries invariably do better when they embrace newcomers.

A new report on Venezuelan migrants by Colombia’s central bank said that on average the new arrivals are somewhat better educated than their hosts, with 9½ years of schooling compared with 8½ years for Colombians. The report also said that the migrants are younger than Colombians, which could boost productivity and innovation.

Ana María Tribín-Uribe, a Colombian economist and co-author of the report described the migrants as “very young with most between the ages of 15 and 30.”

One example is Andrea Flores, 26 years old, who fled Venezuela in 2017 and now runs a jewelry store in Bogotá, the Colombian capital, selling low-cost rings and bracelets she buys from Colombian and Chinese sources. It is a tiny operation with just one employee—her mother. But Ms. Flores plans on opening a health food restaurant and talks of using her college degree in political science to launch a polling firm.

“A lot of Colombians view Venezuelan migrants as delinquents and prostitutes,” Flores said. “But most migrants that I know came here to make better lives for themselves and to contribute to this country.”

In the short term, governments must shoulder the costs of emergency food, shelter and health services for migrants. But the IMF study projected that as they find jobs, pay taxes and increase consumption, Venezuelan migrants could raise the gross domestic product of their host countries by between 0.1% and 0.3% between 2017 and 2030.

These benefits could be further boosted if countries follow Colombia’s example and provide migrants with a path to legalization, according to a study published last year by the Migration Policy Institute in Washington. That would allow doctors, teachers, accountants and engineers who had to flee their homeland to find work in their fields.

The influence of Venezuelans can be readily felt from shopping malls to farms to street corners, where Venezuelan mechanics often repair the bicycles many Colombians ride to work.

Home deliveries of fast food and groceries during the pandemic are often made by face-masked Venezuelans who have found part-time work with Rappi, a Colombian delivery service, and other online platforms. Desperate for work, some Venezuelans have settled in remote regions, injecting new life and capital into areas that many Colombians have abandoned because of drug violence.

Perhaps their greatest impact has been on the country’s iconic coffee farms, where the job requires long hours bending over bushes, stripping their branches of ripe, red coffee berries, then lugging them in heavy sacks up along muddy trails. When the harvest ends in one region, coffee pickers pull up stakes and seek work on other types of farms.

But these days many Colombians prefer jobs driving taxis and working as store clerks or security guards, said Mr. Gamboa, the coffee farmer who lives on the outskirts of Socorro, a colonial town. In a class-conscious Colombia, he added, farm labor is often dismissed as the work of peasants.

As a result, he and other coffee producers had to increase wages to the point where profits took a big hit. The arrival of a flood of Venezuelan migrants willing to try any sort of job provided sudden relief.

“I need workers and they need jobs,” said Jorge Santos, Gamboa’s neighbor, who grows about 500 acres of coffee. “Without the Venezuelans, this would be very complicated.”

Many of these freshly minted coffee pickers faced a steep learning curve.

John Casas, 28-years-old, recounted how he studied mechanical engineering and once dreamed of working for Venezuela’s state oil company. “I never imagined I’d be doing this,” he said.

Jacqueline Padilla, a 35-year-old mother of two who works for Mr. Santos, said she’d never even seen a coffee plantation before arriving here.

“I had to ask the boss: ‘How do you pick coffee? Which berries are ripe? Which are green?’” she recalled.

They are paid according to the weight of berries they pick. Many catch on quickly and can earn more than Colombia’s monthly minimum wage of $250, enough to send money home to relatives in Venezuela.

On a recent day, Richard Caro, 29, was soaked in sweat as he poured coffee berries from a plastic bucket into a gunny sack.

“My mission is to provide a better life for my family,” he said.

State of the Union 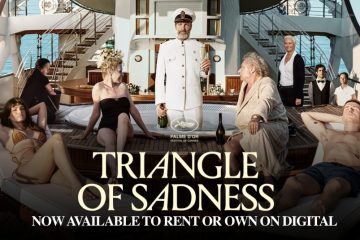 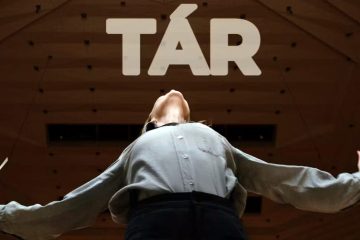 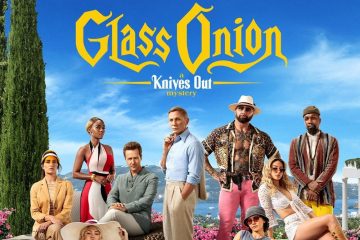