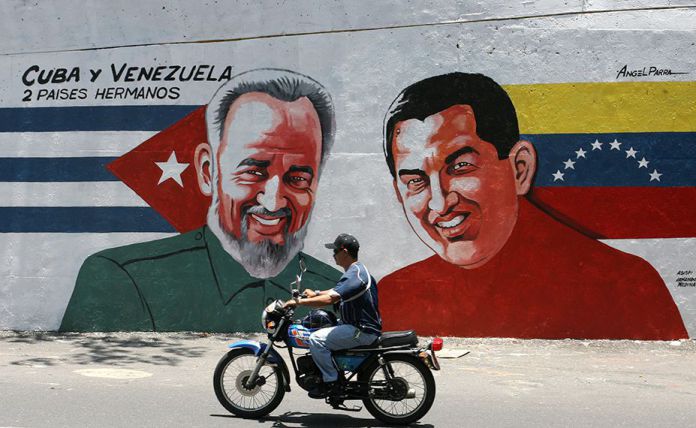 Is Our Fate the Same as Cuba’s? – Andrés Miguel Rondón 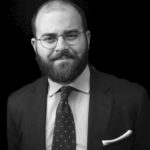 The irony is embarrassing: in a family of professional political commentators and rabid whiskey-chugging, fortune-telling pundits, it was my Prados-del-Este hypochondriac grandmama who was the most foreboding.

“Chávez is taking us straight to Cuba!” she used to say, to our most loving derision in our Sunday sobremesas.

“But Cuba is an island, mamama – plus, it was the Cold War.” The same could never happen to us, we thought. Venezuelans love money, our genes can’t carry communism. We have oil and the Americans won’t let us. Plus, “Rómulo Betancourt used to say…”

But, oh boy, she was onto something. With our economy in free-fall, our cities flooded by trash, the government’s official propaganda going full-on Orwellian, our private industry in shambles and our populace in hungry submission to the state, we actually do look like Cuba now.

This is bad news today, but worse news tomorrow. If our fate equals Cuba’s under Castro, then we’re in for 40 more years of this mess.

I spent the larger part of 2017 diving into history books (Chinese, Cuban, Russian), looking for reasons to disagree with this doomed outlook. It was a desperate quest for hope; I don’t know if I found it. But at least it yielded me these three truths:

The Utopia is dead

Central to all socialist revolutions is the hope of one day arriving at the communist Utopia. With a murderous “the-end-justifies-the-means” logic, both the Russian and Cuban revolutions hoped to convince their citizens that all sacrifices were designed for future prosperity. Nobel prize winner Svetlana Alexievich’s masterful “Second-Hand Time” testifies that, to a large extent, they succeeded: many old Soviets are nostalgic of what this utopian propaganda gave them.

Chavéz is dead and chavismo died with him

Communism’s true opium of the masses: a quasi religious narrative of blue cities and constant fights with eternal enemies. A trick for communist leaders to scapegoat economic setbacks and blindfold everyone, showing them only the future.

Lenin (against the backdrop of the tsarist empire and WWI), and Castro (in his rebellion at the excesses of the Batista regime), effectively personified this narrative. Chávez, to an extent, did too. It couldn’t be otherwise: they were these narratives’ heroes.

The problem is, Chavéz is dead and chavismo died with him. According to Datanálisis, only 4% of Venezuelans believe in the guerra económica – the last iteration of the chavista narrative. Indeed, a majority of Chavistas identify themselves as “chavistas no maduristas.” Maduro’s version of the Revolution is, like the USSR in the 80s, in a crisis of faith.

This makes it profoundly fragile.

The Bolivarian Revolution was rich once

Another effect of Chávez’ death is that it split the historical idea of the Bolivarian revolution: what he left, and what Maduro did after. Many Venezuelans’ idea of the past is no longer the “Cuarta República”, it’s Chávez oil-drunk regime. The Soviets and Cubans, on the other hand, pointed to the past as a wasteland. It made things easier.

Of course this isn’t enough to bring Madurismo down. Ours is no longer a democracy: public uproar alone will not remove those in power. Thing is, this memory of prosperity affects the ruling class too, the middle-ranking bureaucrats and military officers who used to have it very good, but now have to share decreasing flows of money with a changing class of enchufados.

For the plutocratic feudal state that Madurismo has become, this prospect of shrinking largesse is particularly worrying. Indeed, the possibility of the oil industry drying out completely due to sanctions and/or default is its biggest threat yet.

Lacking ideology, Maduro’s power is sustained only by money. With hyperinflation and default looming, he’ll soon be too poor to buy it.

Three revolutions, three successions of mustachios. Stalin, Raúl Castro, Nicolás Maduro. How did each deal with the hard task of taking over from the big guy? Simple: by taking total control of the State.

Well, the first two. Maduro sucks at it.

Stalin, through the “Great Purge”, and Raúl, through one of the most patiently choreographed successions of the modern era, managed to claim control of intelligence services, the military, the industrial power-brokers, the food distribution, the diplomatic machine, the arts and sciences intelligentsia, the junior cadres of their Parties, and so on, of the countries they inherited. They planned, for God’s sake. The economy wasn’t always good – but when they commanded, it obeyed.

Maduro, facing bulging paramilitary groups, an imported intelligence service, competing money men with access to power, bulging black markets, a military that functions precisely through disobeying the law, the malandros and, in sum, the completely anarchic composition of today’s Venezuela, can only wish he had some control.

Of course, he could do like Stalin and implement inner-party terror, or like Fidel who reigned in the Cuban mafia and disarmed his own Milicias Nacionales Revolucionarias. Instead, Maduro’s only policy has been to not change the fragile status quo keeping him in power. The economy, the monopoly of violence, the back-dealings within the PSUV, the loyalty of the paramilitary… his control dries up by the day.

Madurismo is losing the battle for the future (legitimacy), the present (state control) and the past (existing power structures). When compared to similar dictatorships in the past, it stands out by its inherent unstableness.

This implies one thing only. Venezuela is now in what complexity theorists call the “Edge of Chaos”, a system so unstable that anything, however minor, can set off an explosive chain reaction. Maduro is drenched in fuel, at the mercy of an unhappy spark.

And I haven’t mentioned exogenous factors; my aim was to argue madurismo is falling under its own weight. The international panorama adds more fire to the mix. Relative to Castro during the Cold War, Maduro lacks international insulation: there’s even more matches around him.

So no, mamama, con todo el amor del mundo, I still disagree. This is not Cuba, it never has been and it never will be. Venezuela’s current system cannot possibly last forty years. This river is taking us elsewhere, maybe it’ll be good, most likely it won’t.

But there’s a chance.